With the possible exception of Star Wars or G.I. Joe, Transformers and Masters of the Universe toys might very well be the biggest lines with long-time collectors.

Both continue to inspire those who want to get involved in a hobby that has plenty of figures to amass over time, considering just how many have been released in both of the lines.

Admittedly, the crew here at Sell Your Toys Now are huge fans of both franchises. However, we set aside our fanship to stay objective when it came to figuring out which property has held onto its value more over the years.

Hasbro Transformers vs. Mattel Masters of the Universe

You could easily earn a small fortune from a full set of action figures from either series so we looked at the rarest choice of each.

What is the Rarest Masters of the Universe Toy?

While you might think that a fully decked-out Castle Grayskull set is the rarest piece of Masters of the Universe merch you could find, the Eternia Playset is worth upwards of $3,500 on the open market.

It came with a model of the Eternia citadel itself as well as a somewhat scale castle tower you could put together plus a model of Viper Tower. Finding one in the box out in the wild is potentially impossible since collectors have gobbled up nearly all of the known copies of this valuable toy.

Chances are that if you do find one, you still won’t have the small monorail train set that came with it since they had a tendency to go missing. These added a lot of value to the price as far as collectors are concerned.

What is the Most Valuable Transformers Toy?

At nearly $25,000 for a complete in box set, the Transformers G1 Jetfire is easily the most valuable Transformers toys you’d be likely to find. Interestingly, Jetfire isn’t as well-known of a character as say Megatron or Bumblebee.

However, it could be the unusual nature of the toy that’s made it worth so much money. Granted, you can usually find incomplete or worn Jetfire G1 toys for much less than this, so those looking to add something truly special to their collection will want to look for a figure that’s every bit as pristine as the day it came out of a factory box.

Any price tag markings on the box could seriously hurt the value, especially if they’re close to the typeset logo on the front.

Both of them are still beloved by fans around the world, but the Transformers brand continues to attract new audiences due in no small part to all of the big-budget Hollywood adaptations that have come out. While there are still Masters of the Universe animated series airing from time to time, they haven’t garnered the same response from the general public. That might be why the Jetfire fetches around six times as much as the Eternia playset.

To earn extra cash from your vintage Hasbro Transformers and Mattel Masters of the Universe collectibles, reach out to our team today. 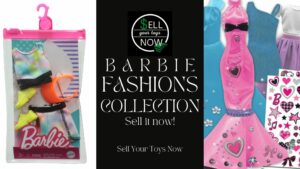 Teenage Mutant Ninja Turtles (TMNT) was created in 1984 as a comic book series, and has since exploded into a diverse franchise. Today, the IP

PrevPreviousYou Won’t Believe How Much These TMNT Toys Are!
NextThese LEGO® Sets Have the Most Pieces Ever!Next
Menu